Will is the name for magic within the Fable universe, it has been seen in every Fable game so far. 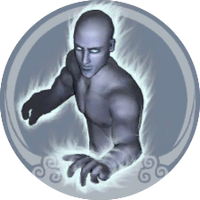 Will or Will Power, can be traced back to the Old Kingdom, from the birth of William Black. Not a lot is known of Black's childhood, but as an adult, he was able to protect his village from attack, as well as perform feats that would require the strength of ten grown men, with his powers of mind. These acts soon became celebrated as the "Powers of Will". After Black annihilated The Court and crowned himself Archon, his Will power had become so great that the world seemed to re-shape itself in accordance with his wishes; cities were erected in mere weeks, and machines were built that ran on Will power alone. His children also carried on the Will tradition, but with no enemies to fight, they grew petty and used their powers to terrorize the people instead of help them. After the Archon disappeared, his children began to vie for power. One of the Archon's commanded a great tower be built to channel Will energy. Just after its construction, a bright light filled the air and all of Albion shook. By morning, the tower was gone, the Old Kingdom lay in ruins, and Will power effectively disappeared from the world.

It wasn't until a mercenary and bandit by the name of Nostro met an old man named Scythe that Will power returned to the world. Scythe is speculated to be the first Archon, William Black himself. Scythe sensed that Nostro unknowingly carried the same power that all of his descendants had shared. Scythe taught Nostro how to be a leader of men, which included tutelage in the Powers of Will. Nostro then went on, with Scythe's sage counsel, to establish the Heroes' Guild. It was here that, amongst other things, that Nostro taught other Heroes to use Will power. Thus, Will users were reborn into the world.

It is unknown how Will is created, though most believe it is made from the soul or mind while others think it is from a unique magical trait in the blood. If only Black had this power, however, then it could mean any Will user is related to him. The three facts that are known about Will is that it is the energy that shapes magic into several powers that humans or the Earth itself possess, and that Will or magic cannot be destroyed, disrupted, blocked, or negated except by using other magical powers. People with strong control over their Will power may also bend reality to their own wishes and/or desires. In the Old Kingdom many things like Shards were powered by Willpower. This is another known fact about Will: while a Hero's Will might not be strong and their spells not powerful, the raw magical energy or Willpower itself cannot be blocked for there is no substance or material natural or created that is immune to Will and its effects.

There are many kinds of different spells. In Fable and Fable: The Lost Chapters, when using spells, the Hero expends some of his Will energy. Once the Hero runs out of this energy, he will be unable to use spells until his Will energy re-charges or until he uses a Will potion. In Fable II and Fable III, the Hero can use any spell in his or her repertoire as often as he or she likes, as the Hero possesses a limitless supply of mana. In Fable: The Journey, the Will energy bar returns, though it recharges much faster than it did in the original Fable.

The following are the spells found in Fable and Fable: The Lost Chapters. These spells are divided into three categories, based on their intended use. 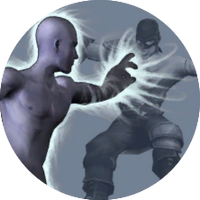 Attack Spells are mainly used to deal damage. The attack spells include: 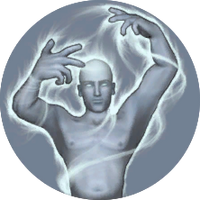 Physical Spells mainly affect the Hero only, by enhancing his strength or abilities. Some of these spells can only be mastered by an evil or a good Hero. The physical spells are: 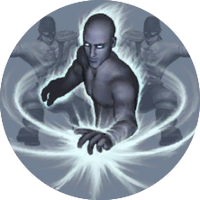 Surround Spells are spells that do not affect the Hero, but things around him, like making time slower or turning an enemy into an ally. The surround spells include:

This attribute extends your Will Bar in the top left corner of your screen, meaning the Hero will have more Will energy to use before they will have to replenish it.

1,433,400 experience is required to max out all Will attributes, including both good and evil alignment spells. Alignment-based spells will cost slightly more or less xp depending on current alignment, so this number could be higher or lower depending on your character.

All spells available in Fable II have a targeted and area effect version. To target, the player simply points the left thumbstick toward their desired target then releases the spell. Most spells do noticeably higher damage and/or have a much longer duration when targeted. When higher ranks of spells are learned, they must be charged for a certain amount of time (depending on the rank) before being released. As higher ranks for spells are bought, lower ranked spells will become more powerful while higher ranked spells will take less time to charge. Will, like Strength and Skill, morphs your character in the form of glowing, blue lines (Will Lines) that grow brighter with every level of Will the player learns for each spell. Unlike in the first Fable your character in Fable II can perform any spell an unlimited number of time for he/she has a limitless supply of mana or willpower.

Effects of increased Will ability

Total Exp Spent refers to the total sum you placed in any and all spells together. 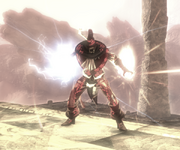 In Fable III, Will is used through gauntlets, which channel the natural Will energy of the user. Like In Fable II, the Hero is given an unlimited manna to cast spells. There is a different gauntlet for each type of spell. Every time you level up your Will combat skill on the Road to Rule, the gauntlets will level up as well, decreasing the amount of time it takes to charge spells. The player can see and equip his/her gauntlets in the armoury inside the Sanctuary. Two gauntlets can be worn after unlocking Spell Weaving in the Road to Rule. With Spell Weaving, two spells can be combined to form a new, more powerful spell.

Certain spells can only be used through the use of potions, such as Slow Time, Summon Monsters, and Health Potions. Although more limited, unlike in the previous installments, these spells have little to no cooldown and can be spammed effectively in a short period of time when needed. This, in effect, gives the Hero the ability to cast four spells at once (Slow Time, Summon, and Two different spells weaved together). Having a five star magical aura will cause your tattoos to glow either red or blue depending on your alignment. It will also cause patterns similar to will lines that appear on your clothes while flourishing to shine brighter.

Will powers are the primary form of attack in Fable: The Journey. Will powers are cast using gauntlets, similar to those in Fable III, that are acquired early on in the game in The Spirit Chambers. Unlike Fable III, there is only a single set of gauntlets from which all powers are channeled. Like previous Fable games, the power of these abilities is strengthened through upgrades purchased using experience earned in battle or found on the road. Additional Will powers are unlocked after finding Willstones in the various temples of the Enlightened.

Hero of Oakvale performing the Enflame Will Spell
Polski
Community content is available under CC-BY-SA unless otherwise noted.
Advertisement