The Fable Wiki
Register
Don't have an account?
Sign In
Advertisement
in: Spoilers, Fable III, Fable III DLC,
and 2 more

Traitor's Keep is a DLC pack for Fable III. The pack includes the Free Soldier Outfit, but this must be unlocked separately. The quest begins after the events of Fable III when the Hero of Brightwall goes to the Bowerstone Castle royal treasury to speak with Hobson about what is on the royal agenda, now that The Crawler has been defeated and Albion is safe.

Experience your first grand adventure as the ruler of Albion, visiting the kingdom's secret prison and tracking down the most dangerous criminals in the land. You may have led a rebellion once, but can you survive your encounters with a new wave of revolutionaries? To help you on your way, this pack also includes a Clockwork Dog Potion. Just let your dog have a sip when he's lying in his basket in the Sanctuary.

Traitor's Keep brings a number of new quests to the game. These can be started after the conclusion of the Fable III main quest by meeting with Hobson in the treasury.

The DLC pack includes a number of new collectable items. These come in the form of three different sets of diary entries, and the prison warden's Penologist's Handbook.

A number of new items are included with Traitor's Keep:

While discussing with Hobson, or rather sleeping while Hobson jabbers on, the King/Queen is nearly assassinated by an unnamed assassin, who has broken into the royal throne room, killing five guards along the way. After a fight with the assassin, the Hero is told by a guard that an unknown ship is docking at the Bowerstone Old Quarter docks. The Hero arrives at the docks in time to see six Elite Guards leaving the ship and standing at attention along the dock. The commander of the ship draws his sword and bows to the King/Queen. After a quick conversation about the man who sent the assassin, the Hero agrees to go with the Commander back to Ravenscar Keep; Albion's most secure prison and where Logan sent most of his enemies.

Once on Ravenscar, the King/Queen is given a proper introduction by Commander Milton. The Hero is told about General Turner, the inmate who ordered the Hero's assassination. While preparing to enter the prison, it is revealed that there has been a riot due to the Commander's absence. The Commander quickly realizes that the assassination was a ruse to lure him away. Commander Milton leads the hero through a sewer system into the prison where the inmates have been overwhelming the prison guards. Together, Milton and the hero fight their way through the riot to the cells of the keeps three most dangerous prisoners: Professor Faraday, Mary Godwin AKA Witchcraft Mary, and General Turner, the former leader of Logan's armies. After finding all three cells empty, Milton and the Hero realize the assassination attempt was used to draw Milton away while the prisoners revolted, giving Turner who orchestrated the whole scheme a chance to escape. Commander Milton, Hobson, and the hero resolve to recapture the three inmates starting with Professor Faraday.

Hobson discovers through the Keep's library that Professor Faraday was responsible for the technological growth of Albion, but was imprisoned and lost all of his assets to Reaver. Hobson also learns that the centre for Faraday's research was a former tourist attraction/factory/workshop known as Clockwork Island. The Hero and Commander Milton go to Clockwork Island in search of Faraday. When they arrive on the island, they are given a tour by a friendly robot named Huxley. Soon they realize that Faraday knows of their presence on the island and they are attacked by Faraday's inventions. Faraday reveals that Logan tried to force him to build a robotic army. When Faraday refused, Logan had him imprisoned at Ravenscar. Faraday believes that the Hero wants to misuse his inventions as Logan had tried to do. After much fighting, the Hero and Milton find Faraday clad in robotic armour that increases his strength, gives him the ability to fly, and gives him power over lightning and fire. After being subdued by the hero, Faraday can be either killed or spared. If spared, Faraday is brought back to Ravenscar Keep to receive treatment for his wounds and is then released.

After capturing or killing Faraday and returning to the keep, Hobson discovers that Witchcraft Mary came from a well-to-do family. Despite this, she became interested in alchemy and began performing experiments. It wasn't long before she was declared a witch and was imprisoned at Ravenscar. Hobson points out that she is most likely hiding at her family home, the Godwin Estate. After arriving on the island, the Hero and Milton are attacked by balverines that the Godwin family kept as "pets". Milton remarks that the Godwin Estate is home to a large menagerie of strange creatures. After fighting through balverines and hollow men that can only be attacked when in light and have control over fire (rather than the standard hollow man that uses lightning), the Hero and Milton reach a tunnel where Milton surmises is Mary's hiding place. Inside the tunnel, the duo fight Mary's experiments such as coloured hobbes, fire hollow men, and poison balverines before reaching Mary herself. As they reach her, Mary performs her ultimate experiment, collecting the essences of a hobbe, hollow man, and balverine into a potion and using it to become a hybrid of the three. The Hero and Milton fight Mary as she transforms from a coloured hobbe into a powerful hollow man leader and finally into a white balverine before being defeated. After her defeat Mary reveals that she had hoped to escape the corrupted world of man and join what she viewed as the far more pure world of the ancient and magical creatures of the world. The Hero is then given the option to kill or spare Mary. If spared she is taken back to Ravenscar Keep to await transfer to a facility that can help her.

On their way to find out if Hobson has discovered the location of General Turner, the Hero finds Commander Milton knocked out in the study. Milton reveals that Turner never left the Keep and was hiding in a network of secret passageways. When Milton entered the study, Turner ambushed him and kidnapped Hobson. The Hero and Milton follow Turner and Hobson through the section of the Keep that contains the criminally insane. Much to their misfortune, the doors to the cells of these madmen are opened and a fight ensues. Milton, who is injured during the fight, tells the Hero to go on without him while he holds off the other prisoners. The Hero finds Hobson tied into a device similar to the one used by Witchcraft Mary to gather the essence of various creatures. As the Hero unties Hobson, Hobson frantically tells the hero that there never was a third escaped prisoner and that Milton has been behind everything. Before the hero can react Milton flips the switch to the device, knocking the hero out. When the hero awakens, Milton explains everything to him/her. Milton believed in General Turner's ideals of a government ruled by the people and not by a monarch. Milton reveals that Turner had died six months prior to the riots and that Milton had decided to carry on his work. Milton tells the Hero that the device he/she is strapped into is the same as the one Witchcraft Mary created. Milton then activates the device which collects the essence of the hero into a potion that Milton then drinks. Milton miraculously transforms into the exact image of the hero with all of their power and abilities, but with the opposite morality. After striking the hero's dog with the fireball spell, an enraged hero exclaims "Leave. My Dog. Alone" and breaks free of the device and attacks Milton. As they fight, Milton reveals his plan to kill the hero and assume their identity as ruler of Albion, which Milton will be able to do perfectly due to his keen observations of the hero's mannerisms during their travels together.

Despite Milton's new-found power, the Hero prevails and deals Milton a mortal blow. As he dies, Milton remarks on how incredible the power he wielded was and whether or not he would have been able to control it. Before he dies, Milton tells the hero that Albion doesn't need a ruler and one day, the people will rise up and decide for themselves how they should be governed. 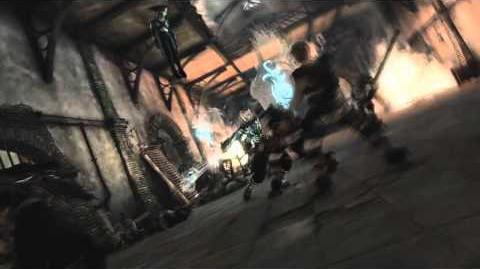 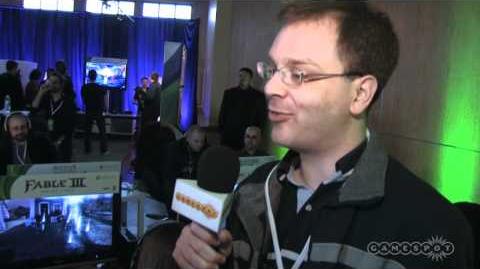 The German version of the Games for Windows edition of the DLC named the pack after the Free Soldier Outfit rather than Traitor's Keep.

Recently, this has been corrected, it's now listed as "Verräterfeste", the literal translation for Traitor's Keep.