Solus Greatsword is a legendary greatsword in Fable, Fable: The Lost Chapters, and Fable Anniversary. In Fable, it comes with three augmentation slots filled with Flame, Health, and Sharpening, but in Fable: The Lost Chapters, it comes with only Flame and Sharpening, with its third slot empty. If you put a second Sharpening augmentation on it, it will do the same amount of damage as The Bereaver, should The Bereaver have 2 Sharpening augmentations, as well. Both of these weapons will then have the highest damage of all melee weapons in the game (345).

The legendary Solus of the mystical dragonknights, this weapon is held in awe by swordmasters and combatants of Albion alike.

To obtain the Solus Greatsword, the Hero must have completed The Arena quest. By doing this, the Hero will gain access to Bowerstone North. The Solus Greatsword is sold there for a high price (77,900 average), which varies based on the Hero's alignment. In Fable The Lost Chapters, you can buy it for about 69,000 to 70,000 gold.

However, if the Hero has married Lady Grey, he can court her by giving her gifts and flirting with her. Eventually she will give him the Solus Greatsword (with no augments) as a gift. However, receiving an unaugmented version from Lady Grey seems to be exclusive to the Xbox version. An easy way to afford this weapon is to keep escorting traders to Orchard Farm earning money each time. Alternately the Hero can play the pub game Card pairs in Bowerstone South, which is the safest and fastest gambling game in Fable.

Or, if you have a decent amount of money and potions to begin, buying out the local store's potion stock and reselling to them over and over can produce wealth rather quickly. This can also be done with emeralds in Oakvale, Diamonds in Bowerstone North, etc.

Or buying property (like houses and store buildings) and renting them out. A fast way of collecting rent is to sleep repeatedly to pass the game days. Once the rent is maxed out, collect the gold. You cannot collect more gold once the rent is maxed out, you will be wasting time. This cycle can be repeated as many times as you like. To increase the price of rent, you can upgrade your hero's house with more decorations, and placing high value trophies on the wall (this is for your hero's main houses, and cannot be applied to other buildings).

A fourth way to earn a great deal of money is to purchase a home with two or three trophy holders. Break down the door (as to avoid breaking the law after you sell the home), place your most valuable trophies on the holders, leave the home, and sell it. Then, enter back into the home, and remove your trophies from the holders. This isn't considered stealing, even though the home (and everything inside it) doesn't technically belong to you anymore. Repeat the process to earn the difference of what each trophy is valued at each time.

You can also work as a sex worker in Darkwood Bordello. Wearing a dress and the wig that can be found upstairs, the player may earn 1k by sleeping with Grope, and 200 by sleeping with other customers. Talk to Madam Minzche to be accepted there, first. 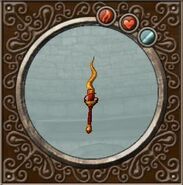 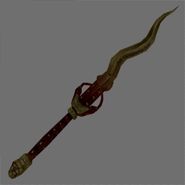 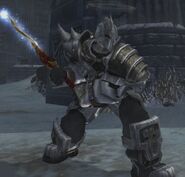