The Rose Cottage is a small region in Greatwood in Fable, Fable: The Lost Chapters, and Fable Anniversary. It is reached from the Northwest exit in Greatwood Cullis Gate. The cottage is home to an old woman, and it's the place where the Hobbe Cave quest begins. The old woman lives with her grandson James, but he goes to the Hobbe Caves. After James goes to the caves, the Hero is asked to rescue him and bring him back to his grandmother. At the endpoint of the quest, the young man will pack up his stuff and flee from his grandmother.

This area contains a Demon Door, which holds the Will User's Bright Outfit. In order to open it, the player must give it a gift, even a simple one, such as chocolates or a rose. There is also a Silver Key in this area, buried in the middle of the ring of roses near the house. The spade is required to dig it up. Also, behind some bushes next to the house, there is a chest containing 500 gold. Chopping the weeds will add five evil points.

A peaceful alcove, where an old hermit is said to live. 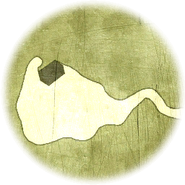 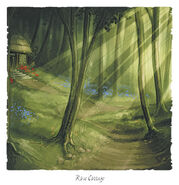