Red Caps are one of the enemies in Fable Legends.

One of the stranger and less imaginatively named creatures of the forest, redcaps are easily recognised by their well . . . by their red caps. Should they lose their crimson hats, or the cap lose its colour, then a redcap will die (Of course, Heroes should note that hitting a redcap with a big pointy sword, or a crossbow bolt will do the job just as efficiently). This threat renders this branch of forest fey both aggressive and highly wary of rain. Finding this limitation to their lifespans to be less than helpful, redcaps have taken to hammering nails into their own heads, thus securing their cap and preventing it from drying out. Fear of sudden death (added to having nails in their heads) has made redcaps a fairly psychotic bunch, prone to fits of violence and villainy.

From the halberd-armed foot soldier and catapult-toting skullchucks, to their will-using shamans, redcaps are a common sight in Rosewood and represent a real danger to the unwary traveller. Indeed fear of Redcaps is so rife, that it’s been known for travellers to meet a misfortunate end simply by wandering into a nervous village wearing the same coloured headgear. 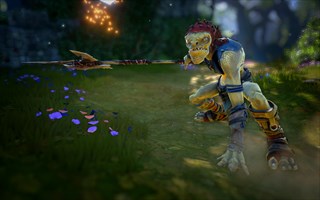 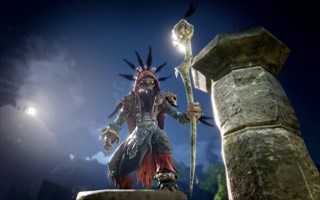 Retrieved from "https://fable.fandom.com/wiki/Redcaps?oldid=139536"
Community content is available under CC-BY-SA unless otherwise noted.