Peter Molyneux is a British game designer, producer, developer and programmer. He is well known as one of the lead designers at Lionhead Studios and even the creator of the Dungeon Keeper, Populous, and Black & White series of games. He is often referred to as a Veteran of the Video Game Industry, having been a game designer for almost 40 years and is credited as the 'father of God Games' for his innovative work on games such as Populous and Powermongerer, which helped create a new genre altogether. Due to his prolific work in the video game industry, he received the Order of the British Empire (OBE) in 2004.

Before working at Microsoft Studios, Peter Molyneux became the vice-president and consultant for Electronic Arts back in 1994. Peter was also the Managing Director but later became a Lead Designer for the Fable series, which was originally created by Simon and Dene Carter at Big Blue Box Studios. He eventually became a Creative Director for Microsoft Game Studios Europe in 2009. On the 7th March 2012, he announced that he was leaving Lionhead Studios and moving to independent developer 22Cans.

Peter Douglas Molyneux OBE was born on 5th May, 1959 in Guildford, Surrey, in the United Kingdom (England).

According to Peter Molyneux, his parents played an immense role in shaping his future as a designer. Peter claims that his mother owned a toy shop and since they didn't really have much money, this occupation allowed them to receive toys. However, Peter would go on to say that this wasn't as good as it sounds, as they only really got to play with old toys that people didn't want anymore. Since they would be missing a rule book or other essentials to play the game properly. Apparently, it was this toy shop that inspired him to start his own businesses. Peter Molyneux says that he would tinker around with these broken toys all the time, just to see how they tick. It's these experiences, which would help spark both an understanding and a passion for how toys and bits of technology worked.

"My mother ran this toy shop and that sounds wonderful as a kid, you know, you think you would get every single toy known to man. Actually, what it meant was that we got all the things that were broken, that people didn't want to buy. We got lots of games with no rules in, monopoly sets without any money. So, you just sort of had to make up the rules. I think that had a big effect." - Peter Molyneux, explaining his early years during a documentary by G4 Icons.

Peter claims that his entrepreneurial skills were evident at a very young age. When he was just 12 years old, he would employ his sister and their friends to cut other people's lawn. Peter even claims that he would only give them a percentage of the money per hour, while he just sat there and watched, but kept a majority of the profits since he owned the business. He also says that when he was younger, he would lend money to unpopular people in school, because he believed they would be more likely to pay him the money back. He refers to these as "his little schemes" and that he understands they were probably a little immoral.

Peter Molyneux also suffers from Dyslexia[1], which is a neurological disorder that is characterized by a difficulty in reading in individuals with unaffected intelligence. The disorder can also affect a person's memory, vision and spelling. Although Peter spent a lot of his younger years not even knowing about this until he was attending technical college.

One day, Peter came to the realisation that it might have been possible to add software to floppy disks, rather than just selling empty floppy disks that people would fill themselves. This realisation is what inspired him to want to create his own video games and make software that people would enjoy playing. So, he began his career in 1982 by porting and distributing games for Atari and the Commodore 64. Then around 1984, he began to work on his own video games. Peter says that during this time, he noticed that most people in the early days of the video games industry were simply making generic shooting games. So, he made his first game called The Entrepreneur, which was a text-based business simulation game. Peter was so convinced that his first game was going to be a hit, that he phoned up the post office and said that he "was expecting a lot of post". However, when it came to actually selling the game, it was a commercial failure as it only got two sales which Peter is convinced was done by his mother to support him.

"I came up with this reaaally dumb idea: If we could sell floppy disks, on these floppy disks would be some free stuff, like a free game. It was such a stupid idea because no one really wanted a floppy disk with a load of stuff on. If they wanted floppy disks, they were blank. What I realised is people where focusing more on the software of these disks, then anything else." - Peter Molyneux, explaining what inspired him to create video games during a documentary by G4 Icons.

The first business that Peter ever set up was called Vulcan Computing, which is where he sold his floppy disks. The office was made out of cardboard boxes and only took up a corner in a warehouse.

Alongside this, Peter started another company up called Taurus around 1987, which was a business that sold and packaged baked beans to The Middle East for a very small amount of money. According to Peter, he started this company up with Les Edgar and was given the opportunity by his girlfriends father. The profits were so bad, that Peter claims he had to eat some of the stock of baked beans just to get by as it turns out they weren't popular in that region. However, due to a spelling mistake in the name of the company, another company called Commodore had phoned up claiming that they were "impressed by the company". Peter goes on to say that the company gave him the "red carpet treatment" when he visited them, all of which he states was a surprise to him. But when the company asked him when his "network would be available", he came to the realisation that Commodore accidently mistaken his company for Toros. Peter claims that he could vividly envision an angel and devil on his shoulders trying to convince him if he should take advantage of this situation, to which he chose to lie and accepted Commodore's deal.

"I can still remember it vividly, going through my head. There was like an Angel and a Devil on my shoulders. One saying "Go on, go on just tell the truth, you know you can't lie like this!" and another voice saying "Just lie, just lie. Get the machines, go to stand space and just sort it out afterwards." Of course, I ended up lying..." - Peter Molyneux, explaining how he got into the video game industry during a documentary by G4 Icons.

In 1987, he co-founded the game design company Bullfrog Productions. At first, Bullfrog actually struggled to make a hit game. According to Adrian Moore, the lead designer for The Movies, Peter was actually really poor and was more like a struggling artist during this period of his life. Peter also claimed that he struggled with paying rent and was running out of money.

"I first met Peter when I was 15 years old. He was really poor, actually. He would have the same shirt on every day, hunched over his computer with a cigarette hanging out of his mouth and there'd be cigarette ash all over his computer. He literally was the archetypal sort of struggling artist. He was really just trying to get off the ground and his business was struggling at the time." - Adrian Moore, talking about Peter's early days at Bullfrog during a documentary by G4 Icons.

However, this changed when he spent this time to create the game Populous, along with Glenn Corpes, Kevin Donkin and Les Edgar, which was eventually published by Electronic Arts. Populous changed everything for Peter, as he lead the development of the game, which ended up creating a new genre that reflected what would become his passion for video games - the God Game. The game was also critically and commercially successful. According to Peter, he received a phone call one day by Electronic Arts who said "how does it feel to be a millionaire?" in response to the success of the game. The game is often credited as one of the best-selling PC games of all time.

Bullfrog would also go onto make a lot more critically acclaimed games, such as Theme Park, a simulation that allowed players to be a manager of their own theme park. Magic Carpet, which was a type of game that mixed action and exploration. And even Dungeon Keeper, which was a creature managing strategy game that tried to put the player in the shoes of a bad guy.

After the success of Bullfrog Productions, Electronic Arts bought a significant share of the studio. Peter then became the vice-president and consultant for Electronic Arts in 1994.

He eventually left Bullfrog Productions, to found another company called Lionhead Studios in 1997, along with Mark Webley, Tim Rance and Steve Jackson. Apparently, Lionhead Studios is named after Mark Webley's hamster, which just so happened to die not long after the naming of the studio. At one point, Lionhead was also going to be named Redeye Studios, but Peter goes on to say that almost every company back then was called Redeye or used the word Redeye in their name, so they went with Lionhead Studios instead. Lionhead was known for games such as The Movies and Black & White. After merging with Big Blue Box, Lionhead Studios went on to contribute towards the creation of the Fable series. Lionhead Studios was later purchased by Microsoft Game Studios.

In 2009, he announced that was moving up to Creative Director for Microsoft Game Studios Europe. Although it is believed that he had already taken up some tasks under that title, prior to the announcement.

After leaving Microsoft and Lionhead Studios, Peter Molyneux went on to create a new company called 22Cans in 2012. 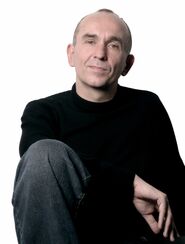 Fable - Behind The Scenes 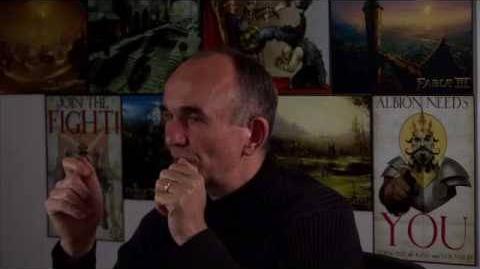 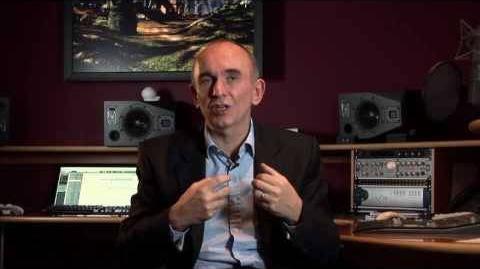