Orchard Farm is an important farm in Fable, Fable: The Lost Chapters, and Fable Anniversary. It is found in Greatwood from Greatwood Entrance, and is featured in five different quests. Two of the earliest quests the Hero of Oakvale can take, are attacking Orchard Farm or defending Orchard Farm.

A quiet farm, well-known for its apples, famous for its scrumpy.

The Attack on Orchard Farm[]

To gain more evil points, the Hero can choose Attack Orchard Farm. In this quest, the Hero teams up with some bandits to steal the farmer's stock: three small boxes. Defending the farm are groups of respawning guards.

The good Hero will choose Protect Orchard Farm. In this quest, the Hero teams up with some guards to stop the bandits from carrying away the boxes. There are a few waves of bandits attacking, coming in groups of threes.

Whichever path the Hero takes, he must fight Whisper afterwards. This battle requires the use of flourishes. If you win you get Whisper's Brooch as a trophy.

At Lookout Point a trader asks you to escort him to orchard farm. The deal is that he'll pay you a quarter of the reward straight up and then the rest later. It seems quite easy, with the only enemies being bandits, wasps and beetles in Greatwood Entrance. But beware; if the trader takes any damage he won't give you the rest of the fee.

Later in the story, the Hero can return to the farm, where the farmer tells him that his mother's ghost has returned. She appears beside her grave, which is behind the house. The ghost tells the Hero that a bandit attacked her and took an item she was going to give to her son, the farmer.

If you choose to avenge the ghost, you can find the bandit and kill him. When you do so, you must loot his body for the gift. You may then keep the gift for evil points, or give it to the farmer for good points.

Yet another quest involving Orchard Farm is the Hobbe Killing Contest. In this quest, you meet up with Whisper to see who can kill the most Hobbes for the farmer. If you kill less Hobbes in the time given, or if you tie with Whisper, you fail the quest.

One of the lesser-known legendary weapons is the Frying Pan. Throughout Albion, the Hero can find Treasure Clues. There are six in all, and they will lead you to the barn at Orchard Farm. Dig between the wall of the barn and the hay bales stacked outside and you will get the Frying Pan. However, if you did not find all of the treasure clues, the frying pan will deal absolutely no damage at all and it won't have any Augmentation slots, making it useless for will users also. Zero forever, so it is imperative that you gather all six clues or this legendary weapon is nothing but dead weight.

The main advantage to the Frying Pan is that it has five empty augmentation slots (if all slots are used without leaving the menu; otherwise, you can only use four). This is ideal for Will users, as you can fill them all with Mana Augmentations, giving you virtually endless Will power. The Frying Pan is classified as a heavy weapon. 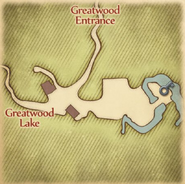 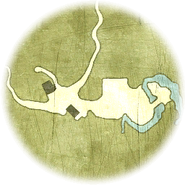