The Memorial Garden is a small cemetery in Oakvale in Fable, Fable: The Lost Chapters, and Fable Anniversary which was built some time after the Bandit raid. Many graves can be found here along with two mausoleums. In the center of the garden, a statue was built in memory of Brom. Towards the entrance is a tree dedicated to the memory of those who fell in the Bandit raids.

Oakvale's memorial garden was built after the raid on the village ten years ago. It was felt that the Lychfield Graveyard was not fitting for people whose last desire would have been to remain near their loved ones. As such, Oakvale is the only known town that buries its own dead, and has its own graveyard.

There are a total of twenty-one people buried in the Memorial Garden, excluding those in the mausoleums. 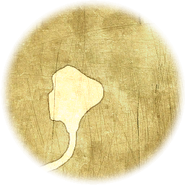 Minimap
Add a photo to this gallery
Retrieved from "https://fable.fandom.com/wiki/Memorial_Garden?oldid=148682"
Community content is available under CC-BY-SA unless otherwise noted.