View source
watch 02:56
Raise a Floppa - The Loop
Do you like this video?
Play Sound

Malice is one of the playable Heroes in Fable Legends.

Out of the smoke and scream-filled darkness strides Malice. Where his shadow falls there is terror. Where his name is spoken there is trembling, quaking and the unintentional wetting of shoes. Or at least that's how it used to be. Malice was once a powerful and dreaded villain until the fateful day someone, or something, cursed him into acting good. So he assumes. Truth be told, while Malice claims to be a malevolent relic of the Old Kingdom, he actually doesn’t remember much about his past.

For the last several hundred years, Malice has been waking up trapped in tombs with no clear recollection of how he got there. Even worse, his original body has gone, leaving a suit of armour held together by a magical amulet.

He does have some patchy memories, but whether those are from his original life, several hundred years ago, or just dreams, he doesn’t know. What he does know is that he exists to be evil. He wants to be evil, he needs to be evil and it's just this pig-kissing curse that stops him.

The unlikeliest of Wendleglass' recruits, if Malice had his way all of Brightlodge would be killed and stuffed to decorate his evil version of the city. However, merely thinking evil thoughts gives Malice a throbbing headache. If Malice tries to act on his evil impulses, victimising innocent villagers for example, agonising pain shoots through his entire body.

Until Malice can find a way to reverse the curse, he can only boast of his past terrors. To avoid being laughed at, or worse bumped off by do-gooding villagers, Malice spent most of his time skulking in forests.

That was until he discovered he could mince, mash, flatten, pulp, dismember and slaughter outlaws without feeling any pain. A little experimentation also revealed his pain-free state extended to smiting redcaps, ogres, hollow men and other assorted forest dwellers.

Soon afterwards King Wendleglass' call reached Malice's virtual ears, and an unlikely Hero was born. While Malice dreams of the day he can return to the ways of villainy, he also realises that becoming one of the King's Heroes not only offers protection from pitchforks, but lets him exercise his more violent urges. And if along the way some gold and prestige happen to fall in his armour-plated lap, then all the better.

For now being a Hero is the closest Malice can get to being a villain.

Once a villainous overlord of immense power, Malice inspired terror and lived for evil. All that changed when he fell victim to a curse, compelling him to the join the side of good. Now even the thought of wrongdoing shoots needles of intense pain through his body. Or it would do, if he had a body inside that hollow suit of armour.

Choose Malice if you want to lead the fight, using your shield and your resurrected shadows to deflect damage.

Causes a targeted minion to explode, dealing damage and knocking over nearby enemies.

Orders the targeted minion to taunt, forcing all nearby creatures to attack it.

Scatter your enemies, as they run in fear from mighty Malice!

Destroy all of your minions in order to heal yourself.

Believe it or not, Malice is a Hero, even if he’s a less than enthusiastic one. Once his awe-inspiring badness was unrivalled throughout Albion. He strode like an evil titan, looting, pillaging, and clobbering the innocent. However, Malice is not the card carrying villain he used to be. He is not even the man he used to be. Instead he’s a disembodied essence in a magical suit of armour. Oh, and as if that wasn’t bad enough, he’s cursed.

Every time Malice even thinks about slaughtering innocents, he is struck down with a blinding headache. That could have been the end of his murderous ways until he discovered he could bludgeon redcaps, ogres and other wrongdoers with impunity.

So it was that a ‘Hero’ was born. Being in the service of Brightlodge and ridding the land of the great villainous unwashed is the closest Malice can get to being evil. And if he happens to pick up some loot, minions and adulation along the way then that’s icing on his evil cake.

“So, this is the life of a Hero? Throw in a little unmotivated torture and tyranny, and I could almost find myself enjoying it.” 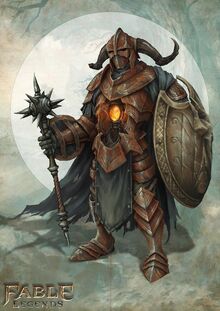 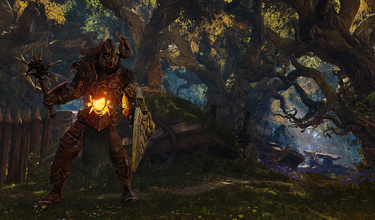 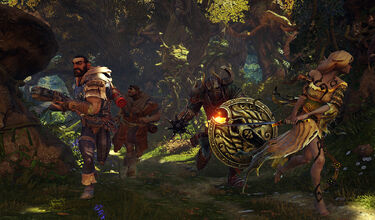 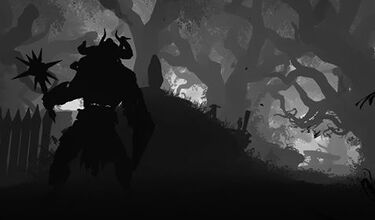 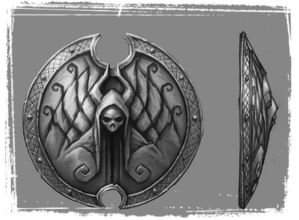 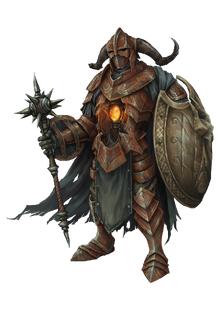