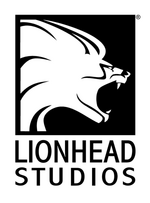 Named after producer Mark Webley's former hamster, Lionhead was founded as a breakaway from Bullfrog Productions, also founded by Peter Molyneux. The first game they created was the god game Black & White. Following its release, the company got to work on the original Fable. However, even with the release of the updated Fable: The Lost Chapters and The Movies, the delays in their production made the company vulnerable for a takeover bid. In April of 2006, this bid was won by Microsoft Game Studios.

On 7 March 2012, Peter Molyneux announced he was leaving Lionhead to work at an independent developer called 22Cans. Lionhead co-founder Mark Webley took over as interim head of the studio[4] until the appointment of John Needham to that position in April 2013.[5] Gary Carr filled the role of Creative Director.[6]

Retrieved from "https://fable.fandom.com/wiki/Lionhead_Studios?oldid=140269"
Community content is available under CC-BY-SA unless otherwise noted.