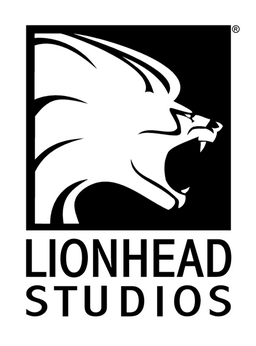 Also in 2012, Lionhead pitched a proposal to Microsoft for an "expansive single-player game that built on the series’ heritage, set in a sprawling London-like city", but were informed that "you will not be given permission to make Fable 4, or something that is a shadow Fable 4" due to the shifting focus of Microsoft Studios Europe to "games as a service" under new director Phil Harrison.[8] As a result, Lionhead instead ended up working on what would become Fable Legends. This was a drastic shift in direction for Lionhead, as they had no previous experience with the ongoing support, monetisation, and player retention required for "games as a service".

According to gaming news site Kotaku, Fable Legends began to fall apart due to conflicting interests from the Microsoft corporate divisions. On one side, Microsoft Studios Europe under Phil Harrison had approved the pitch for a medium-scale, free-to-play game, while on the other, Phil Spencer and the Xbox division were pushing for a high-quality, AAA Fable experience they could use to sell Xbox consoles. As Kotaku put it, "So here was Lionhead, making an experimental free-to-play game that was quickly becoming as expensive as any major first-party game you could work on. It would have to be very successful to succeed."[8]

At the end of 2015, Phil Harrison left Microsoft, and Lionhead studio lead John Needham departed to focus on other Xbox properties in the wake of Harrison's departure. Hanno Lemke took over as general manager of Microsoft Studios Europe, as well as directly overseeing development at Lionhead. In early 2016, Microsoft expressed concern over the monetisation and player retention projections emerging from the Fable Legends beta, and in March, Lemke announced plans to close Lionhead, following a consultation period mandated by UK law. Kotaku reports that the studio employees only found out about the closure half an hour before Lemke's press release.[8] A number of potential buyers reportedly filed letters of intent to purchase Lionhead during the consultation period, but none of those came to fruition as Microsoft apparently refused to sell the Fable license alongside the studio.[9]

A Lionhead back and chest tattoo can be found in Fable: The Lost Chapters.

In Fable II, Lionhead made a few references to themselves in the game: