Jack of Blades's Mask, sometimes referred to as the Soul Mask, is the grisly-looking and instantly recognizable mask worn by Jack of Blades. The mask itself has the ability to trap and carry souls. Some speculate that Jack has used the mask to possess many Heroes over the centuries, granting him control of their body and making him appear immortal. This correlates with the fact that Jack's original physical form was broken long ago, through his fight with William Black.

After the Hero of Oakvale slew Jack of Blades in his humanoid form, the possession of the mask fell into the Hero's hands. Jack's soul however, had escaped it, making it nothing more than an empty shell. The mask proved The Hero worthy to access the Lookout Point demon door one year after their battle. During The Souls of Heroes quest, the Hero uses the mask to trap the souls of three different types of Heroes to open the Bronze Gate. After slaying Jack in his final dragon form, The Hero traps Jack's soul, once again, in the mask. The Hero then has a choice of whether to wear the mask, or throw it into the volcanic surroundings of Archon's Folly. If the Hero chooses to wear the mask, they ultimately become the new host for Jack of Blades. However, the plot of future games suggests that The Hero refused to put the Mask on his face, and he threw it into lava.

Warning: The Soul Mask cannot be removed after it is put on. (Can remove in Anniversary with a save glitch)


The legendary and instantly recognisable mask worn by Jack of Blades. Some have speculated that it is a vessel with which to trap souls, and that Jack used it to possess the bodies of many Heroes over the centuries, thereby appearing immortal to all. 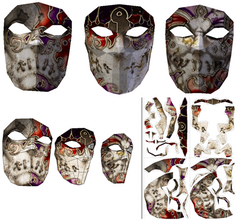 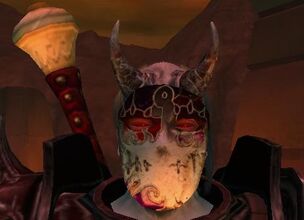 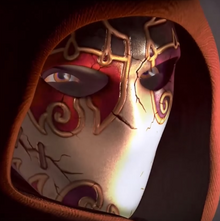 It is possible to remove the mask in Fable Anniversary through a bug:

It is also possible to remove the mask in Fable Anniversary by looting a new piece of head armor and equipping immediately with X.

Retrieved from "https://fable.fandom.com/wiki/Jack_of_Blades%27s_Mask?oldid=149082"
Community content is available under CC-BY-SA unless otherwise noted.