Inga is one of the playable Heroes in Fable Legends.

Growing up as the tallest and strongest kid in the village, Inga had a habit of coming home brown with mud and black and blue with bruises after mud wrestling anyone who caused problems for her friends...

This was neither the behaviour (nor the colour scheme) her mother had in mind for her good daughter. Indeed her mother thought Inga would be much better off in pink with bows, or spending her time at dancing lessons. Inga though, much preferred her tomboy tussles and taking on the role of defender, protecting the smaller children in the village from the bigger ones. Everything seemed clear to Inga.

Good and bad, weak and strong, until the day when Inga’s friend told her a bully had mistreated her. Arriving on the bully’s doorstep, Inga duly punched the boy to teach him a lesson about how to treat girls properly. The boy fell heavily, breaking his arm as he did. Neither knew it at the time but this injury would never truly heal, ending his dreams of becoming a blacksmith. To make things worse, Inga soon learned that the boy had done nothing but spurn the girl’s romantic advances.

The girl had used Inga. Vowing never to let this happen again, Inga stepped aside from her chosen role as protector and attempted to solve disputes with words instead. However, bullies don’t disappear when childhood ends, instead they tend to get older and stronger. So it was, after years of eschewing violence (even agreeing to wear the odd bonnet to keep her mother happy) Inga came to be walking through the forest with some friends. There they came upon a band of outlaws looting the tomb of a Hero. These well-seasoned villains weren’t of a mind to listen to Inga’s words, preferring to indulge in their normal sport: villainy.

Seeing her friends threatened, Inga was left with no other choice. She headed straight for the biggest of the outlaws and knocked him clean out. Taking the shield the outlaw had looted, she immediately defeated two more of the ruffians. The rest of the gang ran. Witnessing this battle, Inga’s friends realised the truth, Inga was a Hero. It seemed hard to deny, for not only was there Inga’s defeat of the villains to consider, but also the fact that Bulwark (the Hero’s magical shield) had taken to her.

Pitflea is only a small hamlet on the edge of nowhere and the tomb of a Hero was a big thing for this small place, it put them on the map. Not literally, for there were few maps of Albion at this time, fewer who could read them and a general absence of tourism (so the old Hero’s tomb had become a matter of pride). Having their own live Hero, who was born and bred in Pitflea, well that was something to boast about. So it was that Inga found herself known and feted across the whole region. It also led her to the realisation that she was destined for bigger things. Throwing off the yoke of primula pink and instead donning spikes and leather crafted for her by the local blacksmith, Inga shouldered Bulwark and headed for Brightlodge. To learn how to hero properly.

Inga’s new shield, Bulwark, a huge piece made of timber and brass, was more than the sum of its parts. Having a shield with a name is rare enough, but the shield also boasted an enchantment bound into it that helped it heal and reform no matter the damage it took. Legend has it that the shield is dragonproof, but an inconvenient shortage of dragons means it hasn’t been possible to check the validity of this claim. Armed with her strength and country wisdom, as well as an enormous magical shield, Inga is a fast learner and good friend. If you’re stupid enough point a weapon at her companions she will ensure that you never threaten anyone again. 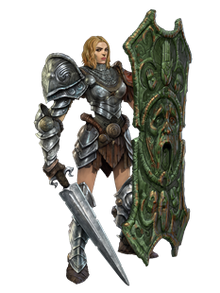 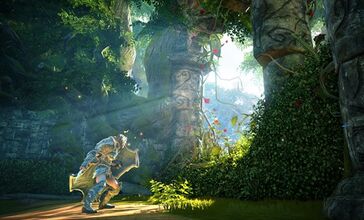 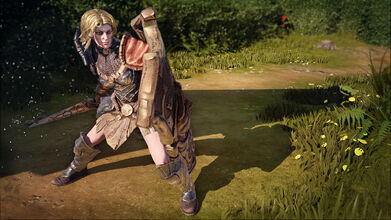 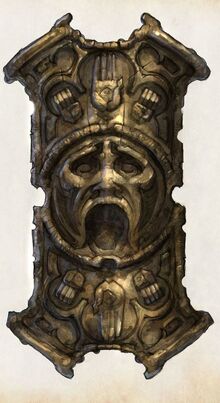 Inga's legendary shield
Add a photo to this gallery

Retrieved from "https://fable.fandom.com/wiki/Inga?oldid=139525"
Community content is available under CC-BY-SA unless otherwise noted.