The Hall of Heroes is a location in Fable, Fable: The Lost Chapters and Fable Anniversary. It is a hallway inside the Witchwood Arena where statues of all the Arena champions are built. Scarlet Robe, the mother of the Hero of Oakvale, stands among them. The Hallway leads to the Arena Anteroom.

In Fable, the Hall of Heroes is only seen during a cutscene when the Hero of Oakvale is escorted. It is seen again after the Arena has been completed, when the Hero meets Jack of Blades in front of the statue of Scarlet Robe. In Fable: The Lost Chapters and Fable Anniversary, the player may return to the Hall of Heroes during the quest Collecting an Arena Soul.

The Greatest Heroes are immortalised here. 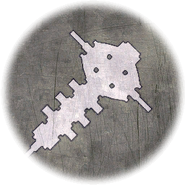