The Grey House is a location in Fable, Fable: The Lost Chapters, and Fable Anniversary. It is a large house that belongs to Lady Elvira Grey, who is the only known living member of the Grey family. It has been abandoned for a long time, and Undead souls haunt the house - mostly the common undead minion, which can also be found in locations such as Lychfield Graveyard. The first time the Hero of Oakvale enters the house, he is attacked by several undead minions brought to life by the ringing of an old clock. At first Nymphs can be found outside the house, and it is later invaded by various types of undead.

A place said to be haunted.

Inside the house, on the ground floor, there will be a cupboard with ‘’Ages of Skill Potion’’, a chest with a ‘’Ruby’’ and two bookcase; the first with the ‘’Dusty Notebook’’ and the other with ‘’Tallin Clan Leg Tattoo’’. Upstairs will be another cupboard with an ‘’Ages of Will Potion’’, another bookshelf with ‘’Normal Bear’’ and a 10-key silver chest (inside will be a  ‘’Sharpening Augmentation’’)

To open this door, the player has to be a member of the Grey family. The only way to achieve this is to marry Lady Grey. If the player does open it, they will find the legendary Ronok the Axe. 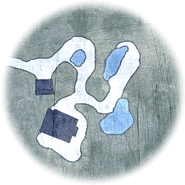 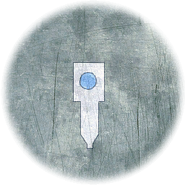