Greatwood Entrance is an expansive forested area in Fable, Fable: The Lost Chapters, and Fable Anniversary, which lies south of Lookout Point. This region has many exits and entrances, and joins to Fisher Creek, Orchard Farm, Greatwood Lake, and of course, Lookout Point. This area is usually infested with either Bandits, Wasps or Nymphs. It should be noted that the entrance to Orchard Farm, from here, is blocked due to bandit activity, and becomes accessible after the Protect/Attack Orchard Farm quest.

An entrance into the uncharted Greatwood. 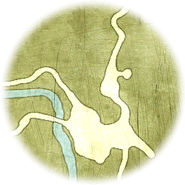