"You want to know what I like most about people? They die!"

Gnomes are the Fable III version of the Gargoyles. There are 50 total throughout Albion. They were originally owned by Brian and are first seen in the quest Gnomes are Great! You need to bring an old gargoyle to Brian so he could bring them to life.

After they first come to life, the gnomes will offer good advice compared to the gargoyles insults. However, they soon run away and you have to get them back in the quest Gnomes are Evil!

From here on the gnomes will insult you whenever you pass by (their insults are much harsher and funnier than their gargoyle predecessors). Their appearance also becomes more menacing. Whenever you shoot a gnome, it will be sent back to Brian.

Gnomes populated Albion before any other known creatures. When humans began to populate Albion, gnomes did not approve of the way humans used Albion for war and selfish purposes. They first started to negotiate with the humans, but when that didn't work they started to insult the humans and became widely hunted and thought of as a nuisance. Only the most clever gnomes managed to survive. Later a powerful nameless wizard cursed every gnome in Albion to remain in an unanimated state, able to see everything but could do nothing about it. There were only 50 gnomes left during this time. Brian collected all of them and accidentally let them loose.

When close to a gnome, they will shout things at you. These can range from helpful to downright insulting:

(Note that they only give good advice at the end of Gnomes are Great!, afterwards, when they turn evil and scatter around the world of the Gnomes are Evil! quest, they'll only insult you in various ways.)

At the end of the Gnomes are Great! quest, The gnomes will sing with Brian. Brian's favourite gnome, Jonathan is said to be like a brother to Brian.

When Attacking the Gnome with Magic

Lionel: "[mocks] I don't underatand, why are you acting like this? Go on, cry you little baby!"

Lionel: "And it turned ot sooo well, oh you're a genius, you are!"

Brian: "You stop this! Stop saying that! [whines]"

Brian: "You shut it. I told you never to mention her!"

While in the Gnome Garden Before Quest End

Lionel's quotes at the beginning of Gnomes are Evil quest in Misgnomer House:

During the Gnomes are Evil quest when you shoot a gnome with your firearm and they shatter and disappear:

After completing Gnomes are Evil quest if you walk past the bush near the Brightwall Academy with a silver key chest behind it, a Gnome-like voice sometimes says:

After you complete the Gnomes Are Great! quest, Brian and the gnomes will sing a ditty.

Oh, I travel round the land and wherever I roam,
From the mountains in the distance to the meadows back at home,
I raise my hand and say in a loud resounding voice,
Being a gnome is awfully nice!!!

This will repeat and continue until you leave town. 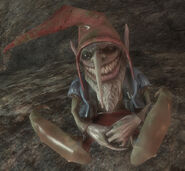 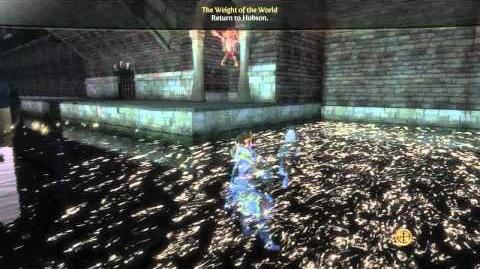 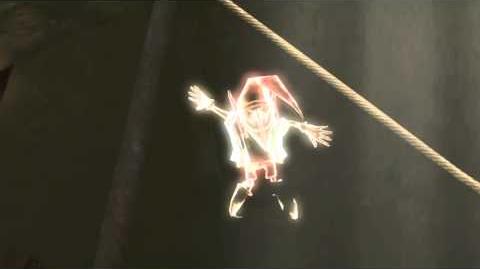 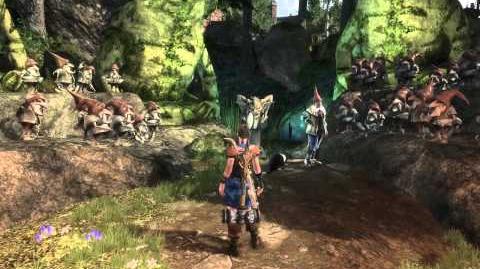