View source
watch 02:46
The Quarry - The Loop
Do you like this video?
Play Sound

Fable Legends was a cancelled instalment in the Fable series developed by Lionhead Studios, its initial release window was 2015. However, it was later pushed back until 2016, and then 2017. Eventually, development on the game was cancelled on 7th March 2016. Shortly following the cancellation, Lionhead Studios would also close.

Microsoft allegedly invested so much money into the project (around $75 million) that Fable Legends became one of the most expensive cancelled games ever produced. [1]

The game would have been set 400 years before the events of the first game,[3] in a time before the Heroes' Guild was founded. Heroes are common, but the people of Albion are only just learning what a true Hero can be.

Fable Legends was a MOBA-Esque player-created dungeon crawler, where heroes could "queue" for villain created "quests" and if the villain was defeated, the heroes would be awarded both gold and experience. which they could spend on their hero's weapons, looks, armour, abilities, and more within the hub-city of Brightlodge.

It was based around five players: four heroes, and a villain. Players would begin in the hub-city of Brightlodge, where they had the opportunity to partake in jobs, play mini-games, or enjoy pub games. Once the player selected a quest, they would immediately be sent out into the world.[4]

During a quest, the villain player would dictate and control the nature of the quest that the heroes would embark upon. this included where enemies would spawn, how aggressive they were when the boss would come lumbering out of its lair when to bring down an impassable portcullis, or lay a trap to separate heroes from each other to thwart them. The villain earned points over time, which could be spent on additional units.  The AI-controlled the heroes in the absence of a human player.

There were four original playable heroes, all of which appeared in the announcement trailer. Others were revealed as the beta testing continued.

It did not have features such as the purchase of property or morphing due to alignment, etc. However, like other games in the franchise, heroes could also use expressions to interact with villagers in the hub-city of Brightlodge.

The game heavily utilized Xbox One SmartGlass features.[5] and this was the intended tool for the Villain in designing their quests. This was comparable to the way Fable: The Journey heavily utilized Kinect. And seemed less as a decision from the developer, and more as a hard-requirement from Microsoft.

Fable Legends would have supported cross-device play between Xbox One and Windows 10 PC.

Fable Legends would have been a "service-based" game, and wouldn't have supported offline play. Single-player-quests accompanied by AI characters would have been a possibility, but players required a persistent internet connection and an Xbox Live Gold membership in order to play.[6]

The game would have seemingly had an optional full-price purchase option. However, the game would have been free-to-play, and once released, would have rotated free playable characters periodically, comparable to a MOBA. The player would have had the option to purchase additional heroes at any time through either in-game gold or real-world currency.

The game would have featured microtransactions and players would have purchased gold from the Bank of Brightlodge by using real-world currency.

It is now known that the game didn’t feature a single main storyline with side quests like the standard rpg model, such as the other Fable titles, but instead, the quests that were released during the time the beta version of Fable Legends was accessible, were arranged in distinct groups/narratives, each one with the same plot significance and no connection between their respective stories whatsoever.

In total, twelve quests were released, with eleven being arranged in three narratives (called “Tales”) and the last one being the Prologue, which served as a tutorial level at the beginning of the game. All quests could be freely played after being progressively unlocked while playing through their respective Tales.

A Tale of Roses

A Tale of History

A Tale of Mischief

Lionhead stated that the game's storyline and all of its quests would have been accessible without the need to engage in microtransactions, and things which would've affected gameplay could be earned by playing the game.[7]

By the time the beta access of Fable Legends was terminated, fourteen playable heroes had been released:

A fifteenth playable character, named The Villain was also released in the beta access and was meant to be an alternative gammemode in which the player would play against the heroes.

Fable: Blood of Heroes was the official companion novel to the videogame Fable Legends by Jim C. Hines, released on August 4, 2015.

It's publication was intended to aid the marketing pre-release of Fable Legends but with the latter's cancelation months later the novel's status within the Fable canon continuity is uncertain, just like Fable Legends itself.

Deep in Albion’s darkest age, long before once upon a time . . . Heroes are thought to be gone from the land. So why have the bards begun singing of them once more? For Fable newcomers and dedicated fans alike, Blood of Heroes delves into a never-before-glimpsed era, telling the tale of a band of adventurers who come together to defend a kingdom in desperate need.

The city of Brightlodge is awash with Heroes from every corner of Albion, all eager for their next quest. When someone tries to burn down the Cock and Bard inn, four Heroes find themselves hastily thrown together, chasing outlaws through sewers, storming a riverboat full of smugglers, and placing their trust in a most unlikely ally. As the beginnings of a deadly plot are revealed, it becomes clear that Heroes have truly arrived—and so have villains.

What connects the recent events in Brightlodge to rumors about a malicious ghost and a spate of unsolved deaths in the nearby mining town of Grayrock? Unless Albion’s bravest Heroes can find the answer, the dawn of a new age could be extinguished before it even begins. 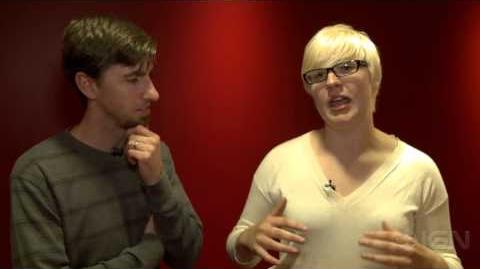 What is Fable Legends?

Shroud & Leech vs a Red Cap

Shroud and Rook taking out a Red Cap

Winter, Sterling and Leech vs Ogre

Rook and Shroud encounter the Ogre

Close up of Shroud