"We can't let him kill all those people! You're his sister, maybe he'll listen to you. We have to do something!"

Elliot is the childhood sweetheart of the female Hero of Brightwall and is the supporting character of the quest Life in the Castle. Introduced early on, he is the one who teaches the player how to use the touch mechanic. He was first revealed at Gamescom. [1] There is a female character called Elise who has the same role as Elliot if the player chooses a male hero at the start of the game.

Elliot is first introduced at the beginning of Fable III during Life in the Castle. Jasper tells the Hero that he is in the garden waiting for her and that he wished to speak to her about a rumour going around the castle. Upon reaching him, Elliot will affectionately pet your dog and remarks how he'll be one of the two knights to defend the princess (the other being himself). The princess will remark that she can take care of herself, to which Elliot will ask for a demonstration of her abilities, which gives the player the option to either hug or kiss him. After either option, Elliot will tell the princess that the workers in the castle are worried due to a rumour that Logan had a factory worker executed. He then tells the princess that he told the kitchen staff that she would talk to them to help ease their worries. Elliot will then offer his hand to walk the princess there. As the two are making their way to the kitchen, Elliot will talk to the Hero about several things, including Logan's apparent lack of sleep and Walter's combat training. 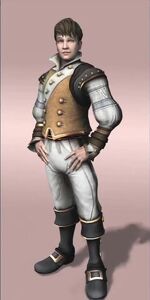 After the Hero speaks to the kitchen staff, Walter shows up and remarks on the speech she just gave. Walter takes the Hero away for combat training. Elliot stays behind, telling Walter to take it easy on the princess. After the combat training is completed, Elliot rushes in, telling the two that there was a demonstration going on in front of the castle. As they rush onward, Elliot says that he never saw a crowd that large gathered at the castle before. Walter, knowing that there is going to be a lot of trouble, tells Elliot and the princess to stay there while he goes to talk to Logan. Elliot has a horrible feeling about what is going to happen. He tells the princess that they have to do something, and points out that the guards moved away from the stairs, giving them a chance to sneak up to find out what is going to happen. The two peer through the keyholes on the closed doors of the war room, and find out that Logan has ordered his guards to shoot the leaders of the crowd, and if the rest didn't leave, to shoot them as well. When Walter protests, he is knocked down by a guard, horrifying Elliot. He tells the princess that they must do something, and that since she's his sister, Logan might listen to her. When she intervenes, Logan has the two taken to the throne room.

When they are brought to the throne room, one of the guards knocks Elliot down. The princess demands that he leaves Elliot alone, but he reassures her that he's all right. As she helps him up, she reassures him that they'll get through the situation together. As they are brought to Logan, he tells the princess that she'll have to choose who to have executed: the leaders of the crowd or Elliot. Elliot, Walter and the princess object to this (the princess saying that she refuses to choose), to which Logan tells her if she doesn't choose, then both Elliot and the crowd leaders will be executed. Realizing that Logan wasn't going to listen to reason, Elliot tells the princess to have him be executed, stating that 'you can't let them all die'. If the princess chooses to have Elliot executed, he'll tell her that she made the right choice and that he loves her. If the princess chooses to have the crowd leaders killed instead, Elliot will tell her that it should be him instead. If the Hero takes too long to choose, then Logan will keep his word and has them all killed. If spared, Elliot will be taken away and will not be seen again for some time. As she's leaving the castle with Jasper and Walter, the princess will ask about Elliot and what will happen to him. Walter reassures her that he'll be fine and that he can look after himself. 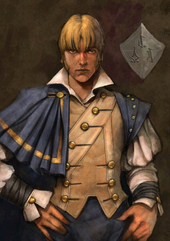 Later on in the game there is a side quest "Kidnapped" in Bowerstone Industrial, where a villager named Linda will ask you to help rescue her fiancé. As the quest continues, the Hero will find Elliot held captive (If Elliot is dead when you perform this quest, he will be replaced by a man named Gerald, but the quest is otherwise unchanged). The escape progresses through a tunnel, where he tells her about how guilty he felt for letting the ringleaders die and therefore allowing him to live, and how he now loves Linda but still harbours strong feeling for the Hero. After rescuing him, she will have the choice of telling him to be hers, for him to go to Linda or stay silent. If you tell Elliot to return to Linda you gain +100 morality, but if you offer a kiss and keep Elliot for yourself you gain -100 morality. If you offer no comment your morality remains unchanged and Elliot will stay with Linda. This quest becomes unavailable after leaving for Aurora during Traitors.

Should you tell Elliot to break up with Linda, it takes three game days for him to reappear outside the orphanage, and will add a quest titled "A Lost Romance".

"Oh fierce warrior! Are you here to join my army? Good! We shall face all our enemies together, won't we? Yes we will, yes we will!"

— Elliot to Dog while petting him

"Ah, our fair princess. Your two brave knights will protect you with our lives."

— Elliot to the Hero

— Elliot after Logan orders the Hero to choose who to execute.

"I'm not a jealous man, but stay away from my wife."

"Aren't you lucky having a statue of your brother outside your window...Would give me nightmares."

— Elliot being escorted to the speech by the Female Hero