Circle of the Dead

The Circle of the Dead is a location in Fable, Fable: The Lost Chapters, and Fable Anniversary. It is the area of the Lychfield Graveyard beyond the Demon Door. To open this door you must gather every piece of Nostro's armour. When entering the Circle of the Dead you must defeat eight weak undead, then three stronger undead. This opens the secret passage leading to Bargate Prison. This is complicated by the fact that the undead can only be damaged while inside the deceptively small ring.

Also, in Fable: TLC and Fable Anniversary, if you choose to take Nostro's soul during the quest The Souls of Heroes, this is where you battle him.

A mysterious stone circle, built in a style unlike any used in recent centuries. 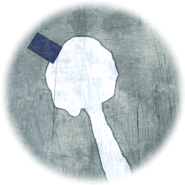 The Hero battling Undead at the Circle of the Dead