Bowerstone North is the most prosperous part of Bowerstone in Fable, Fable: The Lost Chapters and Fable Anniversary, and is where most of the affluent residents of Bowerstone reside. The Hero is forbidden to enter this area until he completes the Arena in Witchwood, in which Lady Grey subsequently invites him to visit her. It is here that the Hero can impress Lady Grey in the quest Mayor's Invitation, and earn her hand in marriage, granting entrance to Bowerstone Manor and the treasures inside. Alternatively, in Fable: The Lost Chapters and Fable Anniversary, the Hero can choose to undertake the quest Investigating the Mayor and expose Lady Grey for the murder of her sister, whereupon he will become the new Mayor of Bowerstone.

The expensive side of Bowerstone.

In Bowerstone North you will find:

There are also several homes in the area. 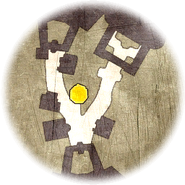