Bowerstone Manor was the home of Lady Grey, the mayor of Bowerstone. During the events of Fable, she sold the majority of the books from Bowerstone's school to pay the carpenters to commission the Manor. The only accessible rooms were the main entrance and Lady Grey's bedroom. Before the events of Fable II, Lady Grey was condemned for being a witch and dismembered by an angry mob. Her manor was burned to the ground by the witch hunters afterwards. Later on, Leo Head - Albion's greatest alchemist - rebuilt the Manor into Fairfax Castle. After Leo Head's mysterious disappearance, the castle was taken over by the much loved Fairfax family. The owner of the castle, during the events of Fable II, is Lord Lucien Fairfax. The castle becomes available for purchase after the main story has finished, leading to it being owned by the Hero's family by the start of Fable III, with the building expanded even further.

They mayor's house is full of splendour. 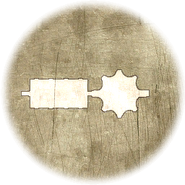 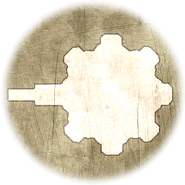