Bloodstone is a port town in Fable II. A famous town on the harbour for pirates and criminals. Bloodstone is surrounded by the deadly swamp, Wraithmarsh on the north, east, and west, and the ocean on the south.

By the time of Fable II, Bloodstone, is also home to The Hero of Skill, Reaver. The Hero is tasked to go to Bloodstone and is required to have Garth activate the Cullis Gate in his Tower at Brightwood to gain access to Wraithmarsh. However, the Cullis Gate is one way, as you can't use the Cullis Gate in Wraithmarsh to go back to Brightwood. This makes Bloodstone almost completely cut off from the rest of Albion, so the only way of travelling to Bloodstone, other than travelling through Wraithmarsh, which is highly dangerous because of the creatures there, is by ship. For the most part, it is a modest town and of average size. While there is no real figure of power, the pirate Reaver is the commonly held mayoral figure of the town and runs the port. He does little to help the town's growth, however, spending most of his time and energy capturing ships. There is also a large lighthouse in Bloodstone. It is an iconic symbol for the town, but it is inaccessible in the game.

There are many sources in game that say Bloodstone is actually what Twinblade's Camp has become after the events of Fable. It is also located in the same area of Twinblade's camp in relation to the remnants of Oakvale. Survivors of the destruction likely came here as well as Oakfield to get away as death would come to those unable to fend for themselves in the marshes. It is the camp the archaeologist scroll found in Bloodstone. The clue is "Site where camp once stood." Bloodstone apparently was already founded before Oakvale's destruction, according to a tombstone viewable after using The Cursed Snowglobe. In the houses of Bloodstone there are Child's Beds but no children, but the Hero can change this by either marrying and having children with one of the townspeople or by moving the Hero's family to Bloodstone.

The town's economy leaves much to be desired as the town is very isolated. You can improve the economy of the town by buying and selling frequently. This can help the town turn into a better environment for the people. Reaver's smuggling operation likely contributes to much of the town's economy, alongside prostitution, alcohol, and "Haunted Cavern" Industries.

There are a few jobs available in the town.

The game master in the waterfront plays a special version of Keystone called Bloodstone where, instead of trying to win as in the conventional Keystone pub game, you make bets on what numbers will lose.

The law in the town is limited. The town has no sheriff or guard units making it lawless, but this does not mean it is unprotected. The citizens of the town are vigilantes and are free to take the law in their own hands, though they are not much of a threat to you, as they are not very strong. They can be taken down with one shot with a gun/crossbow, one hit of a magic spell, and 2 or 3 hits with a sword or mace (Depending on level and abilities).

You can travel to Westcliff from here by Ship which is quicker (in game days) than fast travel. It costs 25 gold to do so.

There are 20 buildings available:

Many of these buildings cannot be purchased until T.O.B.Y. is completed. These include the Temple of Benevolent Yokels and the houses you had to steal from.

Winter Lodge: The Demon Door is located on your way to the town, coming in from Wraithmarsh. It seems the party goers of Bloodstone aren't the only ones to enjoy a good song. If you possess a Lute and the skills to play it this Demon Door will be begging for a tune. Play poorly though and you will only receive an insult. Play well and you will gain access to the Winter Lodge. However don't get too comfortable, the Lodge contains a nasty secret of its own. 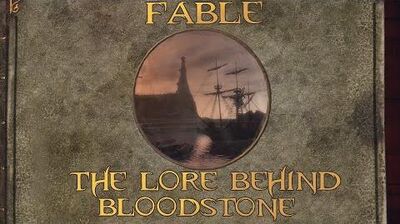