Bargate Prison is a location in Fable, Fable: The Lost Chapters and Fable Anniversary. It is an infamous prison, isolated from the rest of Albion on an island to the north. As it is largely isolated from the mainland, no city really claims ownership of it, though it appears to be in the ownership of the city of Bowerstone on account of the crests visible on the guards' uniforms, as well as the main gates. As the guards assigned to the prison are left there for months or years at a time to manage the inmates, they often become cruel and harsh towards the prisoners. Most notably, the torture chamber in the prison seems to be the guards' favourite outlet of frustration. Bargate Prison is where the Hero of Oakvale's mother, Scarlet Robe, was held, and rescued during the quest Rescue Scarlet Robe. Used as a tool of terror and oppression, Jack of Blades wielded a great deal of power in Bargate, interring those who opposed his views. The Underground Chamber beneath the prison was also home to a Kraken before it was slain by the Hero of Oakvale.

The prison is composed of the courtyard and the ramparts. There are also three cell blocks, a barracks, a torture chamber and the warden's office.

Every year, on the Warden's birthday, a running race in the courtyard is held. The winner gets to listen to the warden's poetry in his office. 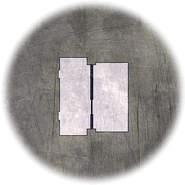 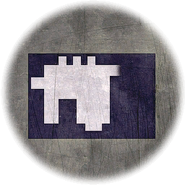 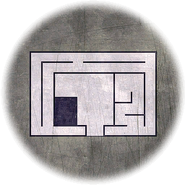 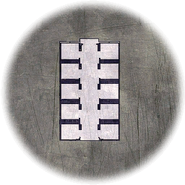 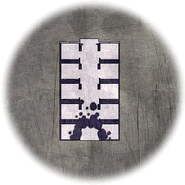 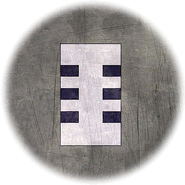 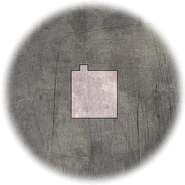 Outside of the Prison

In Fable II it is stated that Bargate Prison has been demolished. This can be seen in the description of the Bargate tattoo, available at the tattooist in Bowerstone Old Town (only if the warrants are given to Arfur during Childhood). The description of this tattoo states that it was worn by all the prisoners in Bargate, until it was demolished (although the Hero of Oakvale didn't wear it when he was in prison). It is not said why or when exactly it was destroyed.

CANONICITY WARNING: The following information is derived from Fable: Reaver.

Bargate Prison is mentioned in the novel Fable: Reaver, which is set around 200 years before the events of Fable II.

During the time Reaver was building his reputation as a pirate, he was said to aid Bargate prisoners to escape the prison. He would periodically bring his ship to the Bargate bay and take the escapees aboard, taking them to wherever they might have any type of resource, such as a buried treasure, then, he would take the treasure he was lead to and kill the escaped convict, tossing the body into the ocean.