Archon's Shrine is a region of the Northern Wastes in Fable: The Lost Chapters and Fable Anniversary. It lies between the Northern Wastes Foothill and Snowspire Village. In the center of this area sits a large domed shrine, where the Hero must bring the souls of Heroes in order to open the nearby Bronze Gate and reach Archon's Folly.

Although the shrine is the predominant feature of this region, the Bronze Gate can also be found here. Local townspeople have long feared the gate and the mythical demons that may lie behind it. 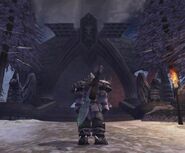 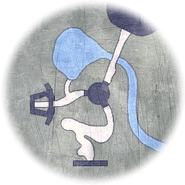 Minimap
Add a photo to this gallery
Retrieved from "https://fable.fandom.com/wiki/Archon%27s_Shrine?oldid=147714"
Community content is available under CC-BY-SA unless otherwise noted.