Ancient Cullis Gate is an area in Darkwood in Fable, Fable: The Lost Chapters, and Fable Anniversary, situated between the Darkwood Camp and Darkwood Weir. As the name very aptly suggests, this area is home to a Cullis Gate - one which has been inactive for a very long time. The gate can only be used once in the game, during the quest Gateway to Hook Coast, where the gate is activated by the Hero as a way to reach Hook Coast. In this quest, the gate became active only after its "hunger for undead souls was sated", which meant killing hordes of undead to power the gate. 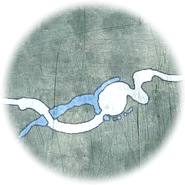